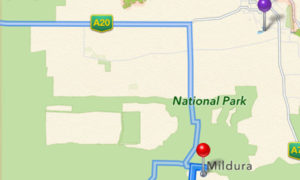 Everyone who lives outside US know that Apple Maps are total disaster… but this is the first time when it’s officially stated by authorities. Local police in the city of Mildura, Australia, have been forced to warn drivers not to rely on Apple Maps. Maps lists Mildura in the middle of Murray-Sunset National Park, about 70km away from where it should be, and the police have had to rescue people who ended up in the wrong place, some stayed without food or water for 24 hours. Others were forced to walk “long distances through dangerous terrain” in order to get phone reception. Since temperatures can reach up to 46° Celsius (115° Fahrenheit), the police have called it a “potentially life-threatening issue.”

Point for Apple for quickly solving the issue. A day after The Guardian reports that Apple has fixed the error but still apple has serious challenges ahead if it wants to recover its reputation with Maps. All errors are well documented and the web is full of images of some stupid mistakes like renamed Berlin or  mangled 3D model of the Brooklyn Bridge.

Interactive map reveals where drones are being flown inside the US

Did you think that unmanned aerial drones are used by army only somewhere far away… With the latest map made by Electronic Frontier Foundation, we’re starting to see a clearer picture of the rapid deployment of drones by military, state and local law enforcement inside the domestic United States.

Using data obtained through their Freedom of Information Act lawsuit against the FAA, the EFF have constructed an interactive map showing the locations where police, military, and others are currently authorized to fly drones in national airspace, as well as some details on the drones themselves and how they’re being used. 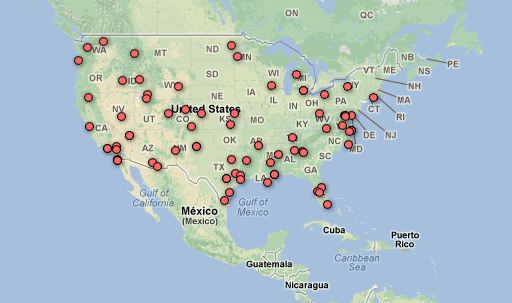 Click to see the full Interactive Map of drones

Drones are being used for variety of purposes. The California Department of Forestry has plans to use drones to fight forest fires. The Queen Anne County, Maryland Sheriff’s Department, will be using drones equipped with special imaging technology to surveil large patches of farmland for marijuana growth. And other drones are used for an entire city surveillance with special “Gorgon Stare” technology.

I’m just wondering how much we still don’t know…