This post was written by Saskia Schneider from the Communications team at HERE and is based on content from the full trends report, which was researched and authored by HERE’s Design Forward team.

The Design Forward team at HERE have once again been looking into a variety of industries and identified patterns to predict location trends for 2017. The team focuses on cross-industry research, including markets outside of HERE’s current business areas. By attending relevant trade shows, conferences, and events first-hand, they look at changes affecting people’s lives and make speculative guesses about the future as well as the role location could play in these scenarios. The goal is to trigger innovative ideas for location technology development. This year, six have made the list:

Thanks to highly automated and accurate analyses of large sets of data, we are better equipped than ever to simulate and predict situations to determine a favorable outcome. In Reykjavik, for example, traffic lights now automatically turn green for emergency and public transportation vehicles, and Rob van der Burg is developing cybernetic plants called “Nova Eden” that have the power to move to a sunnier spot at will—without the help of humans. Pretty cool, but without L.I., most autonomous innovations wouldn’t get very far.

Imagine a world in which robots and humans aren’t distinguishable by looks, speech, or even intelligence. Cyberpunk would become reality. We’re not quite there yet, but it’s clear that it’s the future we’re working towards. As artificial intelligence becomes increasingly humanized, humans become increasingly digitalized, and it will be up to us to find the right balance between the two. With location technology being at the core of this merge, HERE will play a key role in making sure we won’t wake up in our own Matrix one day.

#3: The era of holistic experiences

It’s been five years since The Atlantic’s article “The Cheapest Generation: Why Millennials aren’t buying cars or houses, and what that means for the economy,” but the trend of sharing things has only continued to grow. We no longer buy cars or stay loyal to brands, we buy and consume experiences. More and more touchpoints emerge between sectors that have traditionally been separate, bringing a new set of opportunities—all powered by location: autonomous cars as offices on-the-move, machines in charge of agricultural fields, and drones as mail carriers delivering to previously inaccessible areas.

Maybe one of the reasons we no longer aim to own but to share is our everlasting thirst for adventure. We’re never somewhere and always everywhere—we’re hyper-mobile. Digitalization has created a world in which physical borders play less and less of a role, inspiring products, services, and institutions to follow suit by offering mobile features: backpacks that power digital devices, beds that can be built anywhere, and governments that don’t require residents to stay within physical borders.

It’s no secret that the world’s need for resources will continue to grow in the years to come. A highly flexible and autonomous society requires massive amounts of energy to function. These resources will need to be less centralized to ensure a consistent supply everywhere and at any time. Using the power of location, we can help build smarter cities and environments that will better (re-)distribute resources.

In many aspects of life, sophisticated algorithms have changed things for the better. We now have safer roads through analyzing and rewarding good road behavior and more efficient healthcare software that can create highly personalized diagnoses and treatments. But these advancements come at a price: We pay them with massive amounts of data and potentially risk loss of privacy. Ethics and social responsibility will thus play an even greater role in the future.

To get more details about the findings of HERE’s Design Forward team, check out the full disclosure of this year’s location trends on HERE 360.

Say thanks for this article (0)
Design Forward Team @HERE
1 posts
Want to be an author?
The community is supported by:

Uses of GIS for Watershed and Water Resource Management – Webinar

As an introduction for a webinar scheduled for this Thursday (February 23rd) by GIS Cloud, we bring you an article about a few uses of GIS Cloud for Watershed Management. 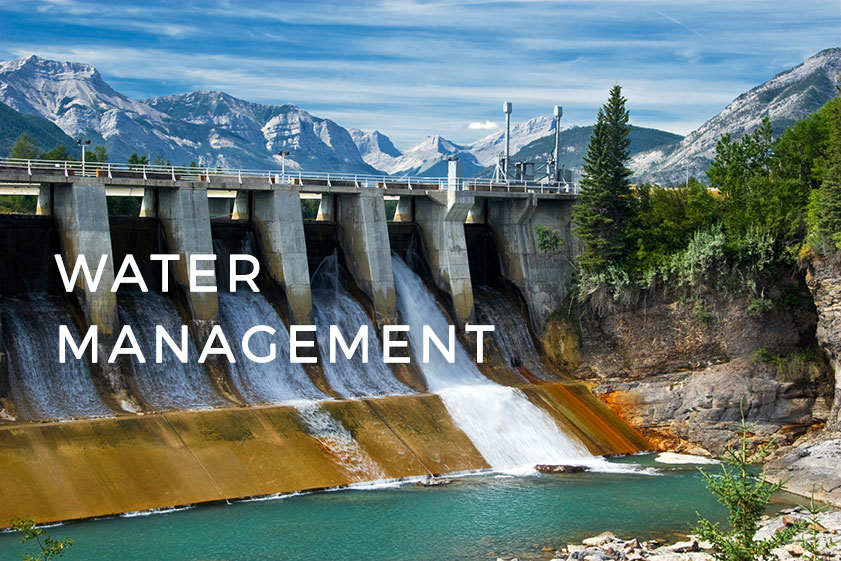 Examples, such as recent problems with the Oroville Dam in California, that resulted in evacuating citizens because of the risk of flooding, remind us of the importance of monitoring watersheds and water infrastructure. One of the most common tools used for this purpose is definitely GIS. Not that far away in California, Orange County provided a good example of utilizing cloud GIS for monitoring watersheds and engaging citizens through an interactive portal.

Indeed, its main ability being monitoring and updating the situation from the field in real-time, cloud GIS provided many new ways to make use of spatial data related to watersheds and water resource management.

Let’s name just a few of the potential uses of  GIS Cloud in this context:

Web maps are very important for the environmental monitoring because they are easily accessed by anyone interested in an insight into the real-time situation on the field. In case of, for example, planning a cleanup event for the local community, Mobile Data Collection can save a lot of time and increase efficiency when coordinating with volunteers.

Orange County, California had one such event, where cloud GIS proved itself as a perfect tool for optimizing the effectiveness of volunteer cleanups. For more info about how it was done, click here.

In the case of droughts, floods and other catastrophic events, having an insight into spatial visualizations can play a crucial role in saving time and lives as well as informing citizens and volunteers.

One such example is the Map of the Flood Risk Probability in Croatia, where the citizens can get the info about the risk of floods in their local area together with the location of the crucial parts of the infrastructure (hospitals, education facilities…), types of land etc.

Another successful example of utilizing web GIS for the purpose of sharing data with the public and engaging local community comes from Orange County, California. They used GIS Cloud for monitoring rainfall and engaging citizens into an initiative to save water and to learn how to use it more sustainably.

To learn more, check out the use case, or an interview with Sharp Grant from the Orange County Watersheds Department.

Want to find out more about GIS for Watershed and Water Resource Management? Join the webinar scheduled for 23 of February.