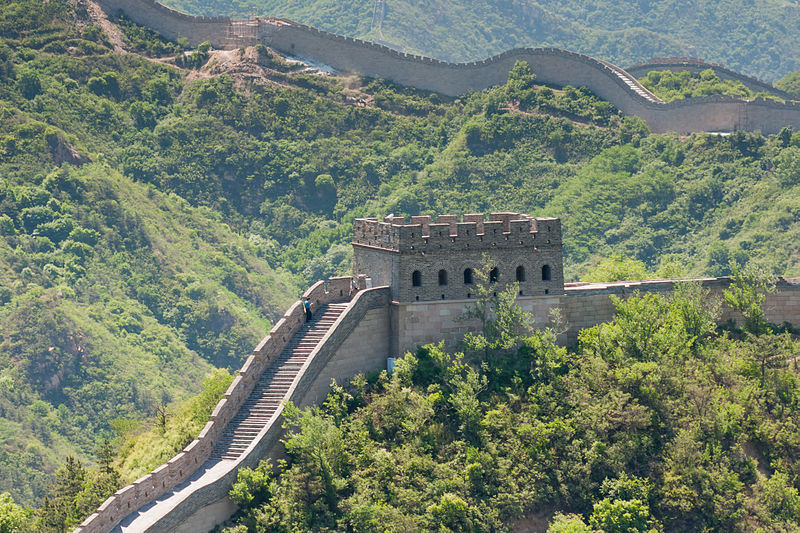 The Great Wall of China is indeed one of the greatest wonders of the world, but when you are more than 2,000 years old, you are obviously going to require some kind of facelift. The China Foundation for Cultural Heritage Conservation is cognizant of the fact that several sections of the Wall are not only eroding but are also too steep and dangerous for restoration experts to access. And that’s why it has decided to partner with Intel and put drones on the job instead.

Over the next several months, you should be able to spot Falcon 8+ drones buzzing around the 13,000 miles long stretch of the Wall. These drones, equipped with obstacle avoidance technology, will capture high-definition 3D images of the structure and help preservation teams determine its current condition. The aerial imagery will also be processed by Intel’s Artificial Intelligence tools to generate a virtual 3D model of the monument to speed up the process of identifying sections require the most attention.

One particular part of the Wall which has been difficult for repair teams to reach is the Jiankou section, which was constructed in 3rd Century BC. Here, not only the Wall is at its steepest, the section is masked by thick vegetation. Therefore, the map which will be created after the remote inspection of the area will help the repair teams to tread with caution.

Anil Nanduri, vice president and general manager of Intel’s drone team, is quite excited about the future of inspections being automated all the way from drone data capture to data processing, analysis and insights. “We look forward to leveraging our technology to aid in the preservation of more world heritage sites in the future,” he says.

The past few years have seen the capabilities of drones growing rapidly in almost every area. From military and disaster relief to agriculture and delivery services, this technology has opened the gates for some pretty incredible opportunities. And we can certainly expect to see more of these buzzing robots helping to preserve old architectural wonder and world heritage sites in the future.

This map shows which countries censor the Internet today?

Internet censorship happens right across the world. In some places access to social media is forbidden, in others, such as the UK, internet service providers may only put a block on sites that may lead to pirated movies for example. Some countries are very liberal, others have strict content and access rules.

HINT: If you happen to live or traveling to one of these countries and you still want to use Facebook or Netflix you can use the VPN that can get around geoblocking due to effectively camouflaging you from your ISP. There are plenty out there and you can click here to find out more.

This awesome map provides a detailed look at varying levels of internet censorship around the world today. It’s worth taking a while to go thought it.

As you’d expect, Kim Jong-Un is pretty tight when it comes to what’s being said online. All websites in the country are monitored by the government and in fact, only four percent actually have internet access.

Burma, as you’d expect, are also incredibly strict with all emails filtered by authorities.

This is to prevent access to sites that promote and expose human rights or anti-government sentiment.

Cuba has wider access to the internet compared to the cities above, but can only be used at certain points, in which are government controlled.

The web is then monitored by the authorities and filter IP addresses, browse internet histories, with posting anti-regime content strictly forbidden.

Like many countries in the Middle East, any anti-government sentiment can end up given jail time and all bloggers must actually receive a form of licence from the Ministry of Art & Culture.

Almost a carbon copy of Iran, access to content that in any way is opposed to political or religious beliefs are blocked.

It’s estimated that in all, 400,000 websites are blocked by the Saudi government.

Access to the internet generally has to be reported in Syria and anything that can be construed as a “jeopardy to national unity” will lead to the arrest of the writer.

It’s one of the most dangerous places to access the internet and if a Syrian wishes to visit an Internet cafe, they must provide ID, record the time and date and report that information to the government.

Widely regarded as the strictest when it comes to censorship.

The government will block sites, delete them and filter searches. In fact, they will even redirect some searches that promote countries’ independence to pro-communist party information.