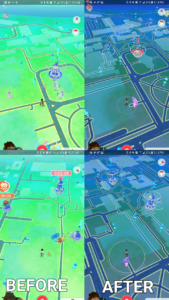 If you recently updated Pokémon Go, you should have noticed the in-game map looking radically different. It’s because the hugely popular mobile game has finally cut loose Google Maps in favor of using OpenStreetMap (OSM) for its in-game display.

While Pokémon Go has been using OSM under the hood to influence ‘spawn points’ within the game for over a year now, gamemaker Niantic (a Google company until 2015) had been using Google Maps for overworld landscaping. Until now.

The update was first spotted by users in Australia last week, and quickly validated by a Reddit thread from Canada. While the rollout seems to be gradual, the United States, South America and several Asian countries have already confirmed the visual changes.

OSM allows users to edit the map with their local knowledge of the geographical features around them. Which means, while Google Maps might not know that there is a pool or an underground garage in your building, OSM allows you to add a water body or another obscure landmark in your vicinity. (OSM, of course, expects its volunteers to be honest with their edits.)

Now, while these changes translate into a better gaming experience for most users, there have been some instances where the results have been the complete opposite.

If you have an active OSM user in your area, you should definitely see more details on the map. And if you don’t, you can always take it as an opportunity to explore cartography. In essence, the OSM community is what makes the project so special. Thousands of volunteers from all around the globe are updating the map as their world changes around them. Every update is immediately visible to all other users and is version controlled. There are no corporate map cycle releases, approvals and KPIs that are typical to large organizations like Google.

Intrigued? Check out these tips that OSM has released for new Pokémon Go mappers before you start!

Satlets: Will the ‘Transformers’ of smallsat industry transform the industry?

In January 1994, two of Canada’s Telsat communications satellites became victims of spacecraft charging – a phenomenon where a satellite charges to an electrical potential relative to its surroundings. As a result, the primary gyroscopic guidance system on both the satellites became permanently damaged, making the satellites spin out of control.

While the backup guidance system on one of the satellites restored its service some 8 hours later, the second satellite’s backup system simply failed to activate. It took the talented engineers at Telsat seven whole months to restore the latter through an innovative ground control system. Even then, the satellite’s lifespan got shortened by a year and the company lost $50 to $70 million in recovery, repair costs, and revenues.

Now imagine, if that satellite’s payload were to be enveloped in identical cubesat modules instead of being integrated with a conventional bus. Each of these modules would be equipped with everything a smallsat needs to operate – battery, data processing, propulsion, communications, thermal control, the works. So, if one component were to fail, another would take over its function with a few tweaks in the software. 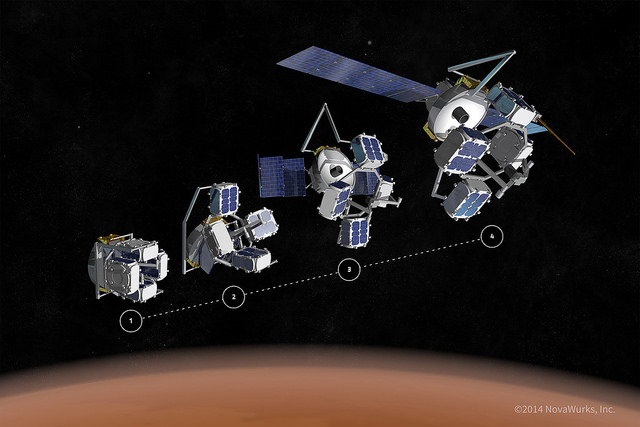 At NovaWurks, this concept is known as Hyper-Integrated Satlet (HISat) technology. Think of the HISat (or satlet) as an embryonic human cell (or a Transformer!) that can become whatever it needs to be on demand. So, on one hand, you have a standardized smallsat, and on the other, you have the flexibility of molding it any way you wish to. “We make a whole vehicle that has little pieces dying – it’s like a cut in the skin – you can still operate,” says Talbot Jaeger, founder of the California-based startup which aims to develop a low-cost non-continuous production system with an across-the-globe order delivery timeline of 90 days.

Jaeger says that he wants to make space as accessible as the Internet by providing a satellite constellation that would allow anyone to view HD quality images or data in near-real-time from their handheld device. “Access to space should be so cost-effective that even small companies or colleges can get their payload delivered,” Jaeger points out. “This configuration concept supports the notion of the satlet keeping overall system costs down by providing not just an interface, but a complete programmable ‘space ready’ payload support system.”

At first glance, it may seem that multiple satlets (each weighing 7 kg) would increase the overall mass of the spacecraft substantially, leading to a more expensive launch. But when you factor in the rate at which launch costs are plummeting across the board, and deduct the costs associated with manufacturing a satellite and integrating the payload with the bus, satlets start to look like a pretty promising concept.

The US Defense Advanced Research Projects Agency (DARPA), for one, is clearly impressed with the idea. The agency has already awarded NovaWurks with two contracts: the Space Enabled Effects for Military Engagements (SeeMe) project and the $30.8 million Phoenix Project. While the former focuses on providing on-demand information prior to, during, and after military engagements directly to the lowest echelon warfighter in the field, the latter seeks to recycle old satellites by giving them replacements for non-functioning parts – like a motor or on-board electronics. An $11.8 million follow-on contract on Project Phoenix has the company finding ways to re-purpose components from non-working satellites as well. 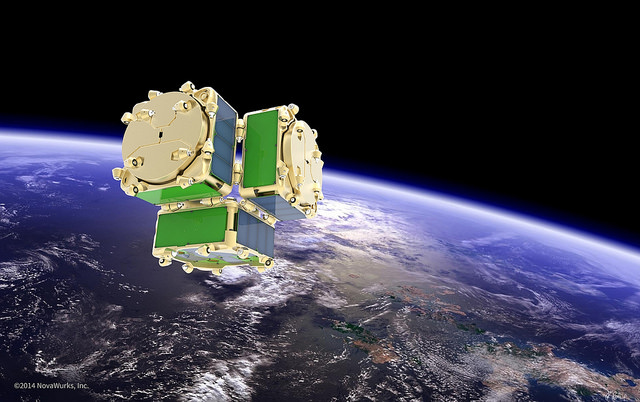 In October this year, NovaWurks had its first satellite assembled in space. The astronauts on the International Space Station snapped together eight independent Lego-like satellite blocks and deployed a fully-functional satellite for a NASA-sponsored mission to test NovaWurks’ revolutionary technology.

Jaeger and his team are now watching if the satlets have figured out that they have been put together and that they need to work together as a group for vital functions like getting power and maintaining altitude. Tests like these are critical because a rapidly deployable hardware doesn’t guarantee that the software required to manage such a spacecraft would be equally simple. NovaWurks will probably have to maneuver through a host of practical problems before its satlets are ready to compete with conventional spacecraft. But once they do that, the road ahead for the space industry will become a lot more interesting.