Geotagging of photos and other things on your smartphone allows you connect your virtual life with a physical world. It allows to you enhance your mobile experience and add context to photos which with time would be just another separated memory. Location allows you to put a photo in an action flow in order to tell you the full story…

As much as we encourage you to geotagg your photos (iPhone does it automatically) and activities whenever you can, we want you to do it wisely and consciously. In the video below you can watch a social experiment where a guy was able to identify and learn personal details of number of people he met on the street based on their geotagged tweets and Instagram photos. Sharing your location in different apps could expose you to some risks and you must be aware of it.

Now there is an app which might help you with that. noLocation app allows you to remove the geotagging of you photos on iPhone. The idea behind it is quite simple, the app removes EXIF metadata from your image where the coordinates of your photo are stored. After the data is removed, it will automatically open the share menu so you can send you photos to the to the internet or your social network safely. 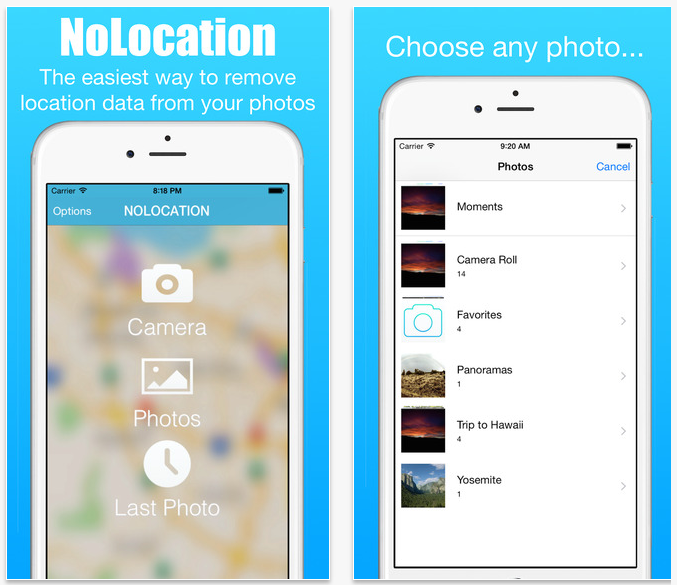 If you live or visit a city like New York walking is one of pleasures the city gives you. Unfortunately it might be also dangerous.  In 2014 there were 11025 pedestrians injured and 133 killed in traffic collisions in NYC. Low firm Hecht, Kleeger & Damashek, which specializes in traffic accidents did a cool analysis of the accident data. On the map below you can find all accidents in NYC mapped by year.

Interestingly New York lowered the speed limit from 30 to 25 miles per hour in late 2014. The effect was really amazing. The number of pedestrian injured dropped by 39% and killed by 35% in the first three months of 2015 compared to the same period a year earlier, before the new speed limit took effect.