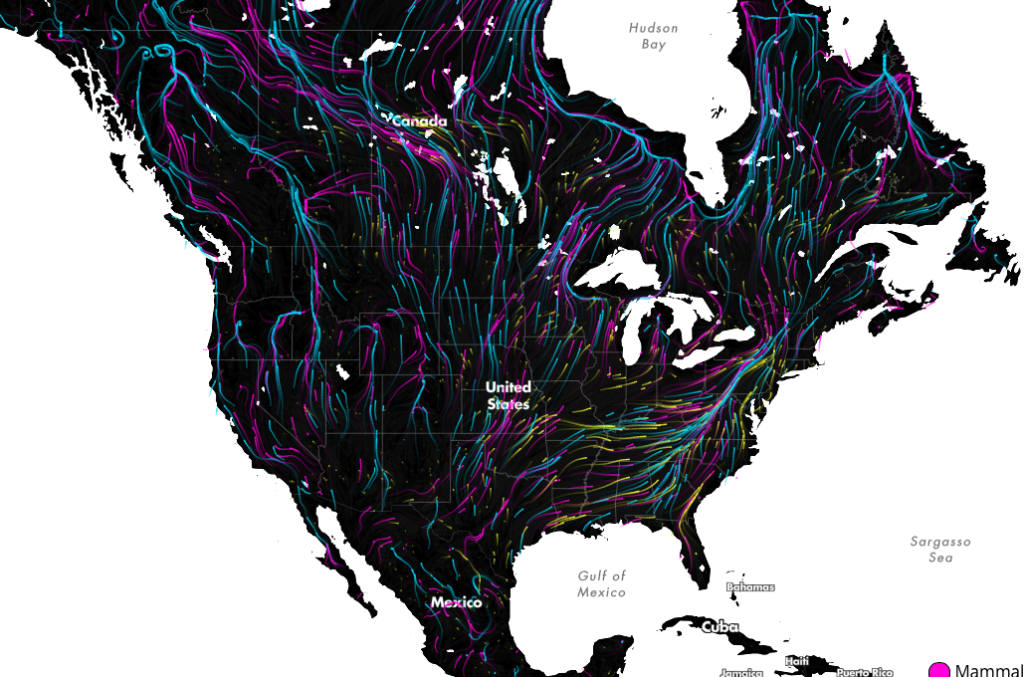 The climate change is a fact. Global warming means the rising of the sea level but scientists predict that it will initiate a chain reaction of micro and macro effects in many different areas of life on our planet. One of them is the migration of animals. In order to survive over the next century many species will have to move to cooler or more suitable habitats.

The mapping project Migrations in Motion is visualizing the trajectories that species are expected to take in the course of the coming decades as the climate changes. The project is the effect of the collaboration between The University of Washington and The Nature Conservancy. Researches modeled potential habitat for 2954 species using climate change projections and the climatic needs of each species. The effect is the origin destination matrix connecting current habitats with their projected locations under climate change.

Inspired by wind maps, the data has been visualized as a dynamic streamlines plotting the migration corridors. Pink lines represent mammals, blue is for birds, and yellow is for amphibians. The effect is a hypnotic map that lets you understand the scale of the problem. Awesome project!

The “5 years of Geoawesomeness” celebrations isn’t over 😉 If you missed out on our last sweepstakes, here is another chance for you to win some awesome goodies – this time from our friends at GIS Cloud!

What do I get to win?

5 chic looking #GISCloud t-shirts in a choice of your colour! Don’t worry, this time the internet wouldn’t have to decide if its black and blue or white and gold  😉 All you have to do to win, is to subscribe to the Geoawesomeness newsletter. 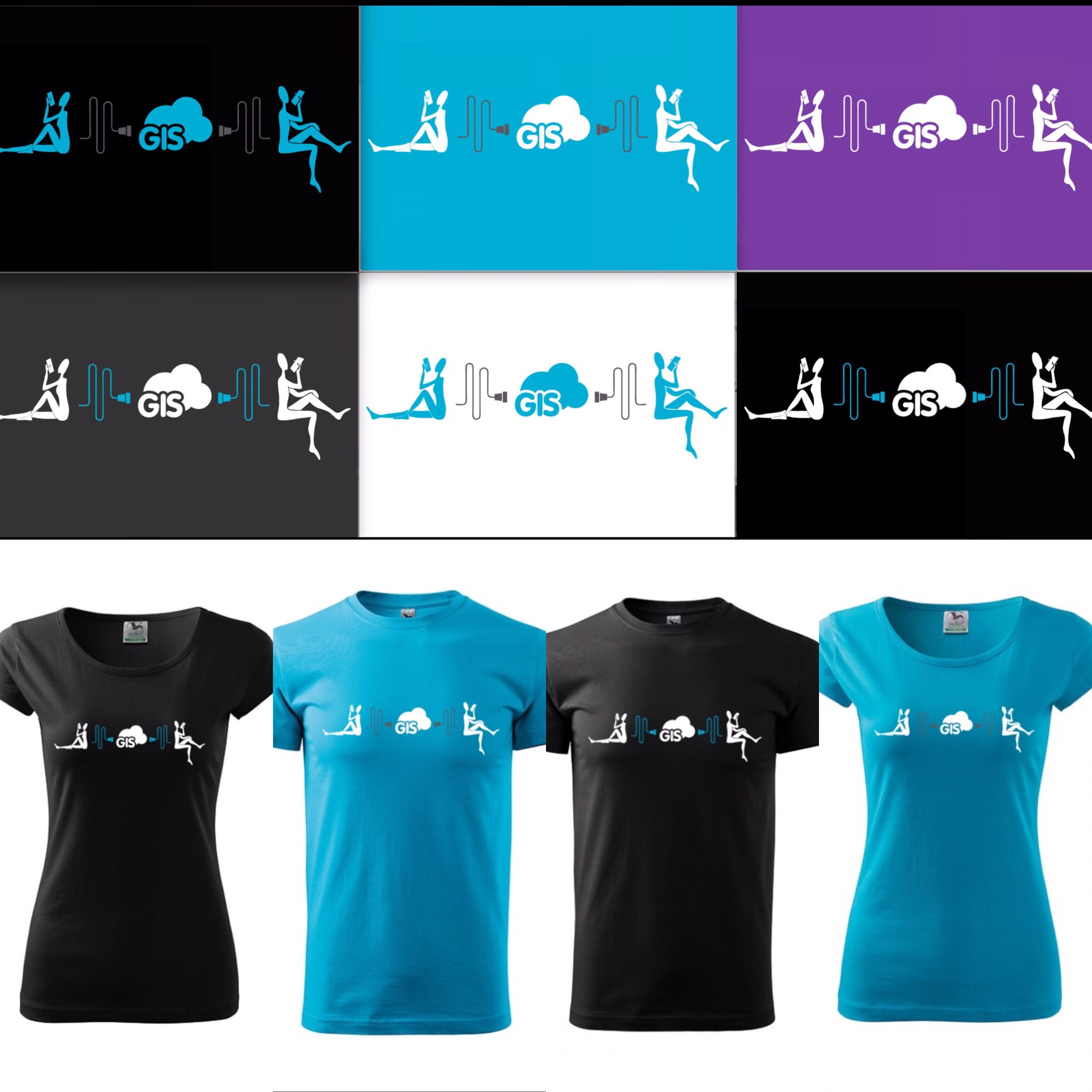 The campaign is open until 4th midnight September (Sunday GMT) and the 5 lucky winners will be contacted early next week! 🙂

P.S: If you have already subscribed (thanks for being a long-timer :)), just send us a message on Facebook/Twitter/Contact form with the email address that you used to subscribe! You guys are the best 🙂