Out of sight, out of mind – overfishing is one of the biggest environment issues facing us today, with over 85 percent of the world’s fisheries in dire need of protection but then again what happens beyond the horizon in the middle of oceans is hardly monitored or known to the public. In the age of internet and smartphones, that’s hardly an excuse for an issue as serious as overfishing!

Google, in partnership with Oceana and SkyTruth, has launched a tracking platform called “Global Fishing Watch” to help increase awareness of fisheries and to monitor fishing activities across the world.

Vessels in the ocean use the Automatic Identification System (AIS) to transmit their location for identifying themselves and for communicating with nearby ships, AIS base stations and satellites. At any given time, there are approximately 200,000 ships that broadcast their location using the AIS.

Global Fishing Watch utilises machine learning to comb through these logs (over 22 million records per day) to classify and determine the type of ship (e.g., cargo, tug, sail, fishing) and the kind of fishing gear (longline, purse seine, trawl) they’re using. There is no information about the accuracy of the classification algorithm though.

Global Fishing Watch is incredible – it has enabled citizens, governments and researchers across the world to be able to access data about commercial fishing activity worldwide in a manner that didn’t exist earlier.

The AIS data that SkyTruth and Google are using for Global Fishing Watch isn’t without its limitations (and manipulation), Wired ran a story highlighting how illegal fishing boats are circumventing the system by spoofing their GPS traces (Read more: Google’s Global Fishing Watch is using ‘manipulated data‘). But its interesting to note, that in the same article there were able to clearly identify some of these spoofed logs just by looking at the trace and comparing it to coastlines.

Global Fishing Watch is just an early preview of what is possible with satellite imagery and machine learning. Its going to be interesting to see this platform expand over time. It’s a good start to a serious environment issue and hopefully it gains the traction it deserves!

#GeoawesomeQuiz – ‘I love maps’ in 10 languages. Can you recognize them? 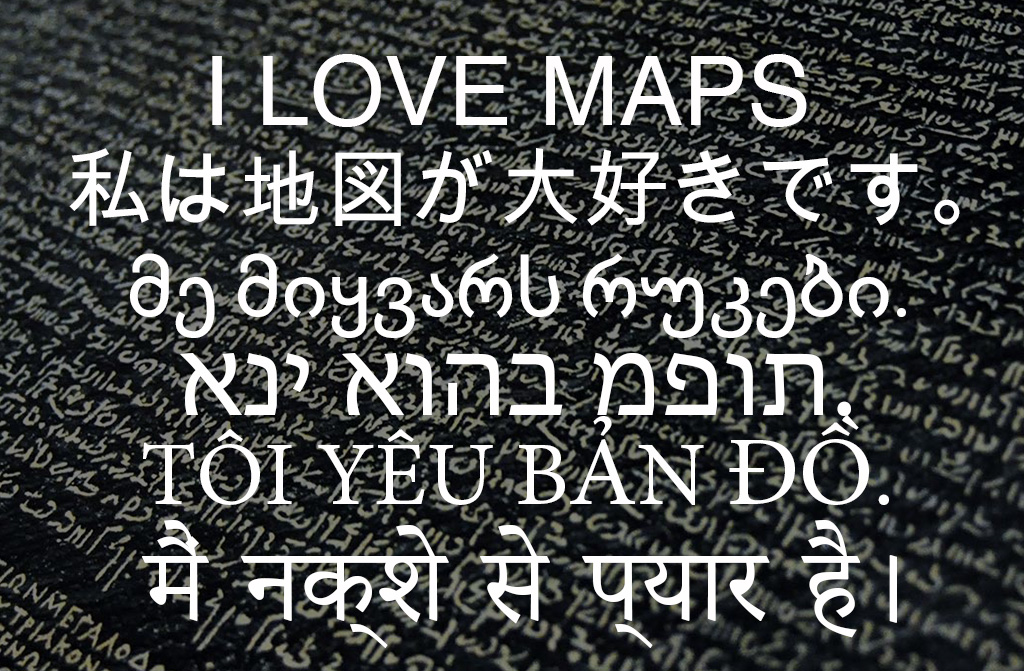 Languages are very closely related to Geography. We wrote ‘I love maps’ in 10 different languages. Can you recognize them?

Remember to share your results with the world! Here are all our other quizzes!

Did you like the quiz. Check out our other quizzes!